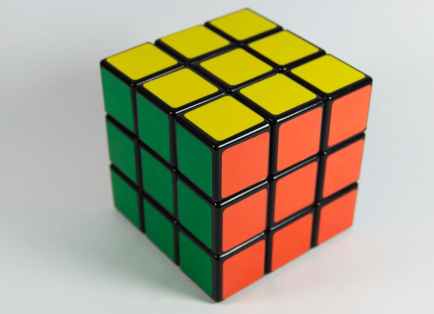 Pete dulled his pencil on the paper. He had been drawing circles on the page for what must have been an hour. His coffee was cold and his mind was blank. Again. It had been like this for weeks.

Brodmann, Broca, and Wernicke were just about done filling their backpacks with provisions for the trek. Brodmann was the sound guy, constantly checking the walkie-talkies and listening to background noise. Broca, who had a way with words, eloquently went over the plan out loud, while Wernicke listened intently. Each attached a headlamp to his forehead and tested it. Let there be light.

“Pete, the commencement of this journey resides in your auditory command,” Broca yelled.

“Huh?” Pete answered, bringing the pencil close to his ear.

“He said we’re ready,” Wernicke said, leaning into his ear.

“I’m not sure about this,” Pete groaned.

Pete couldn’t remember the last time he had such terrible writer’s block, and he was willing to do just about anything, but these guys in his brain? What if they mucked it up?

“Pete, we are the three best brain climbers in the history of the sport,” Brodmann added. “I was in Hawthorne once.”

Pete squinted at the pencil. He could barely make out their tiny faces and packs. They turned their headlamps on and it reminded him of dying fireflies.

“Just make it quick,” Pete replied, moving the pencil to his ear.

One by one, they jumped off the graphite ledge and into Pete’s right ear canal.

Broca had a game plan. They would follow the auditory pathway to the brain, which would funnel them out at the base of the climb, the cochlear nucleus. From there they would face steep vertical over the inferior, then the middle, and finally onto the superior temporal gyrus. Broca was convinced that if they lit that thing up like a kid on an elevator by jumping up and down on the gyrus, Pete’s ideas would start to flow again.

Pete couldn’t concentrate. He kept wondering how far the men had reached, or if they got lost.

“Hurry up, you guys,” Pete whispered.

Brodmann, Broca, and Wernicke had no time for small talk. They had scaled the first two gyri. They rested at the sulcus, a comfortable groove between the middle and superior gyri.

“Listen up, gents,” Broca said. “Brodmann will go, I’ll belay. Brod – when you get to the upper half of the superior, you pound that thing like a drum. Wernicke, you find a location downriver where you can see the target. Guide our man to the ideal location on the brain face.”

Wernicke pulled his tiny binoculars from his pack and marched down the ridge a half a klick. Broca secured his rope and gave the climber a thumbs up.

Brodmann reached the top half of the face in no time. He tapped different touchpoints while Wernicke listened for clues.

Brodmann nodded at Broca. Broca tightened his grip on the rope. Brodmann started to rappel without descent. In other words, he bounced.

Pete’s seemingly endless doodling circle broke spherical form, and the pencil began to move effortlessly across the page. Pete was on page 6 before he even noticed the three spelunkers returning to his outer ear.

“How can I ever thank you guys?” Pete asked once the three were safely back on his pencil.

Broca took a phone call on his tiny cell. It was time for them to go. They had other brains to climb.