Skip to content
Posted on February 6, 2018 by David S. Osgood 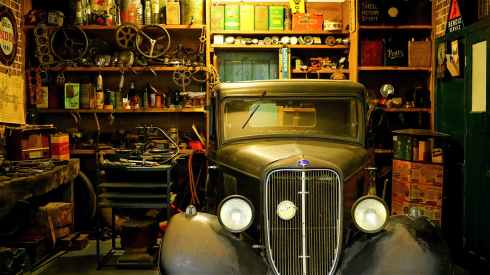 Merrimander Muffins was a very funny girl
She decided she would take a trip all around the world.
But she did not take a car or boat or plane or train or bus
She hopped up on her skate board and waved goodbye to us.

And just as she was boarding to the end of Berry Lane
A wheel got loose, came off the board, and quickly rolled away.
Merrimander Muffins did not cry or even teeter
She simply kept a-rolling with only three wheels underneath her.

But then the board kept steering her in diagonal directions
Until she crashed into a bush at Berry intersection.

Sergeant Scoliosi saw the whole thing from his post
Stopping cars at crosswalks for the kids and other folks.
Scoliosi beckoned, “Merri – come over here this instant!”
Merrimander picked herself up, shrugged and walked the distance.

And just as she was ready for the man to reprimand her
The smiling Sergeant tipped his hat and winked at Merrimander.
“If you plan to do a silly stunt like that and not get dirty
You’re going to need to build a bigger vessel for the journey.”

Merrimander Muffins was a very clever girl.
The skateboard didn’t work to take her all around the world.
So she holed up in her workshop with all of Daddy’s tools
But not the really sharp ones that only Daddy used.

Clinker, clanker, clunker were the sounds behind the door
And then one last clink, clank, clunk, clink
And the clinking was no more.
Merrimander emerged all ready for her trip
In her brand new Magic Merrimander Muffins Puffing Ship.

The neighbors when they came outside for mail or morning paper
Stared in amazement at Merrimander’s caper.
The Magic Merrimander Muffins Puffing Ship was built from
(reader take a big deep breath cause this list is a big one):

Finally to top it off – the puff that made the train go
Her first prize science project: an erupting clay volcano!

So there she was Miss Muffins at the helm of her creation
And sitting right beside her was Sue, her pet Dalmatian.
Sue barked twice to signify the journey had commenced
Down the driveway went the ship
And past the picket fence.

With the volcano puffing and the sails luffing
And the ship in glorious motion
Sue and Merrimander might as well been on the ocean.

Berry intersection was no longer a concern
Because policemen and firemen were waiting at the turn.
Sergeant Scoliosi was the best policeman ever
He closed the streets so she may embark
Upon her wild endeavor.

“I knew that you could do it so I took a few precautions.
Keep sailing towards your goals and, Sue,
Keep your gosh darn paws in!”

Down Berry Lane puffed the ship
The wind in Merri’s hair
Past the pool, the elementary school,
through Habbledashee Square.

See – the town of Habbledashee was made of several streets
That all funneled into downtown where all of them would meet.
In order for these roads to join and work with one another
A round-about allowed the streets to circle round each other.

And in the center of it all, a wonder to discover
A giant spinning globe in the form of a great metallic structure.

They entered into round-about and Merri turned the wheel
Round they went and round again until the ship could heel.

The Magic Merrimander Muffins Puffing Ship had done it!
First there was a silence then the crowd roared in abundance.

The mighty ship puffed slowly home
With not much wind left in her
Merrimander went round the world
And made it back for dinner.